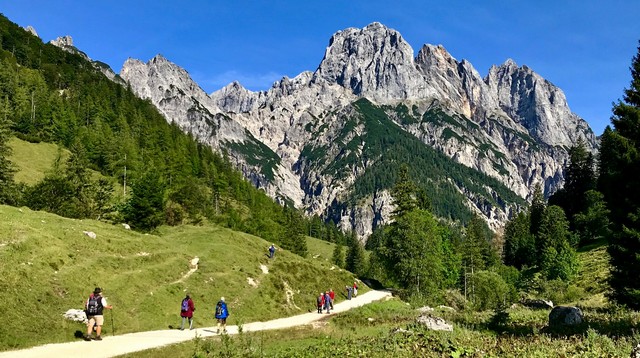 Thirty Members of Evesham Rambling Club visited the mountains of southern Germany and spent eight days walking in the Alps around the Bavarian town of Berchtesgaden.

The whole trip was organised by club members Pauline and Alan Saunders and required careful planning for such a large party. On arrival in Berchtesgaden, the club members were welcomed by their hosts from the family-run Grünberger Hotel. A programme of 16 walks was prepared by two members of the club, Glyn Hayter and Heidrun Newell, who were able to use their local knowledge of the area to prepare a series of routes for all abilities.

With blue skies and sunshine for nearly the whole time, walkers were able to see the mountainous countryside at its very best. Walks included visits to the famous churches at Maria Gern and Ramsau.

The whole party spent a day cruising in the electric boats on the picturesque Königssee (King’s Lake) and walking to the highest waterfall in Germany.

A group hiked along the ridge of Untersberg mountain range and visited ice caves. These caves came to prominence in 2014 when a cave explorer was rescued nearly two weeks after being injured by falling rocks deep within Germany’s most elaborate cave system.

Walks were also based around the local mining of salt, following the route of wooden pipes that once carried salt water from Berchtesgaden to Bad Reichenhall for refining and through old tunnels that were used for transporting the mined salt.

Tours often incorporated stops at mountain huts where the hut keepers prepared delicious snacks using their homemade dairy produce. Several of the walks involved passing through landscapes made famous by the film “The Sound of Music” where members of the club could be heard rendering a few bars of songs made famous by this film. 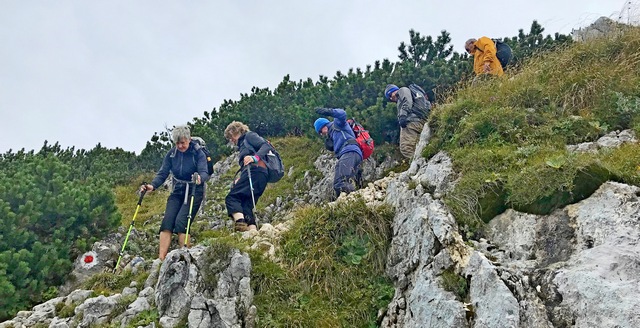 Some members took the opportunity to visit the Salt Mines of Berchtesgaden where they were able to descend into the mountain and explore how the town still extracts the salt. Others travelled to nearby Salzburg to visit this attractive Austrian city. 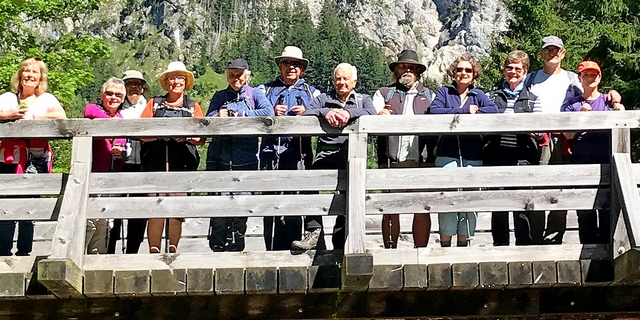 Speaking on the Party’s return to Evesham, Club Chair Rachel Thould said “This was a fabulous trip that catered for all walking abilities and the amazing landscape was enjoyed by everyone who went.”