Eight of Santa's Little Helpers met at the very wet and soggy Birmingham Anglers car park in Lower Moor. Our task for the day was to replace a ditch crossing and two waymark posts, and to install a series of steps. As the new Footpath Warden for this area, Mike Taylor had asked for this work to be carried out.

Slipping and sliding through the glutinous mud, we manhandled the heavy wood and equipment to the work area and quickly set about replacing the ditch crossing. Mike had promised an endless supply of doughnuts – and he did not disappoint. These, together with the mince pies provided by the County Council, kept us sustained throughout the morning.

The slimy mud on the steep slope, where the steps were to be installed, made digging a hazardous occupation, but in spite of the terrain, everything was completed just after one`o’clock as the threatened rain began to fall.

Thanks to everyone for turning out so close to Christmas. 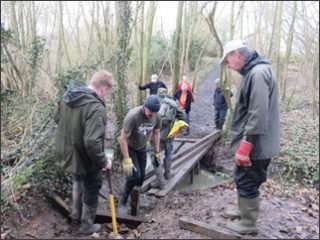 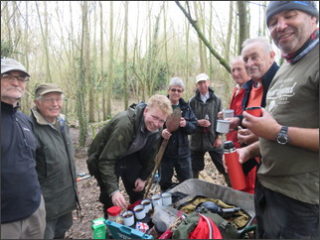 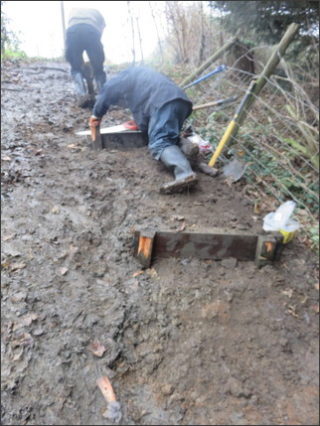